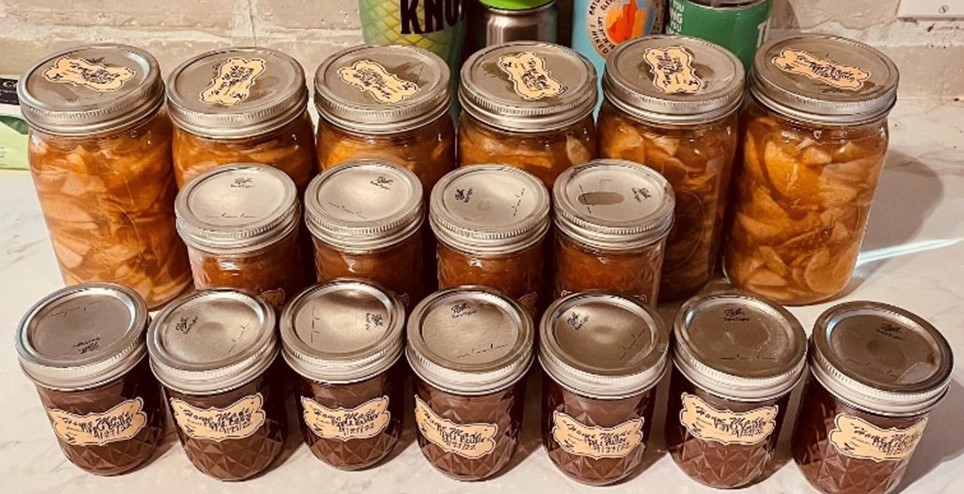 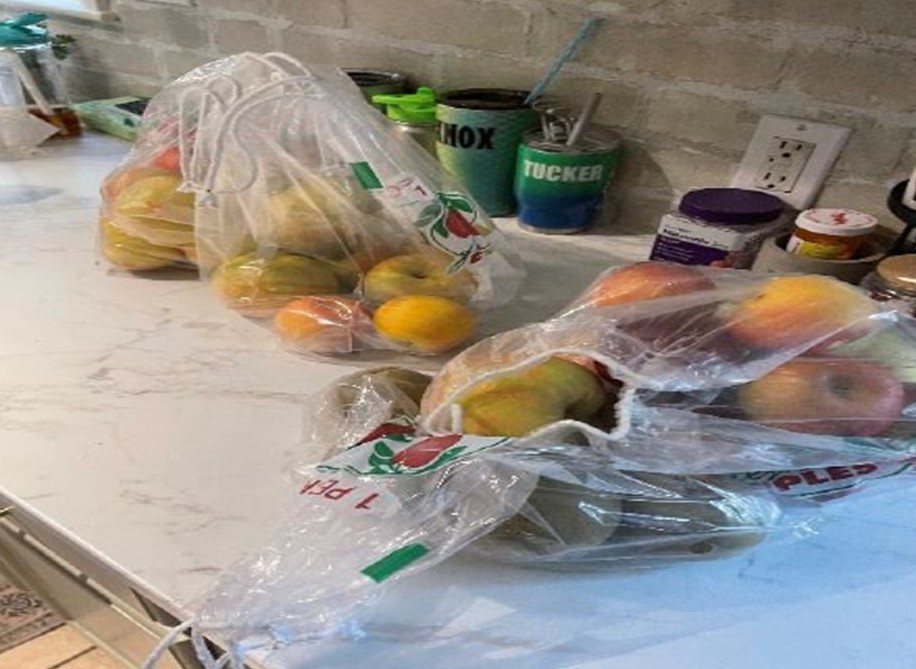 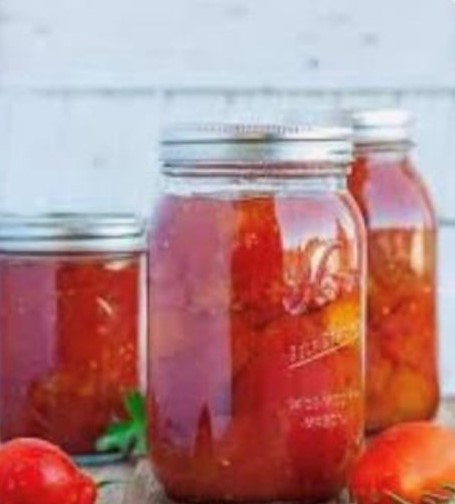 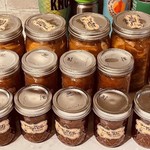 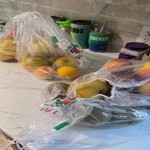 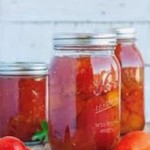 I know that it sounds scary and can be a lot of work, but it is WORTH it!! As a child I remember my mom canning tomatoes and apples almost yearly. She would make tomato juice and stewed tomatoes to use in soups during the colder months. Which still to this day I have a hard time with the smell of hot tomatoes. Apples were much better...pie filling and apple butter!!! That smell is amazing and reminds me of fall. In the past few weeks, I have been trying to do what my momma used to do.

Marianne and I spent around four hours canning spaghetti sauce and salsa for the congregation. We used the tomatoes from the garden that I managed to keep alive and a few more that I bought. I think we ended up with about 15 of pints salsa and 18 pints of spaghetti sauce. As I mentioned above the smell of hot tomatoes is not my thing, so I found a recipe to roast the tomatoes in the oven and that smell was great! So, after we cooked the tomatoes with some onions, garlic, olive oil, balsamic vinegar, and some fresh herbs it was time to blend that all together and add some tomato paste. (I will include all recipes below.)

Once it was all blended and placed in the jars with a little room to spare it was time to water bath them. This sounds complicated but it really isn’t unless you don’t have the right tools. You go ahead and get a stock pot of water boiling and then add your jars for about 25 minutes. This is where the magic happens... the jars get hot and the lids seal (fingers crossed), which allows you to store them for a lot longer. The most amazing sound is the clicking of the jars once you have pulled them out to cool. That is the sweet sound of success.

Now as for the salsa, we just removed the tomato skins by blanching (put them in boiling water for about 3 min and then into to ice cold water) and then blended them with cilantro, garlic, green bell peppers, jalapenos, onions, vinegar, and cumin. You can also add more spices, hotter peppers, or anything else that might sound good. After sweating over the spaghetti sauce, we decided to not water bath the salsa and go with fresh. We hope that everyone that took our goodies home enjoys them!

My family and I decide to go to the Apple Jack festival in Nebraska City a couple of weeks ago and get some apples. I was thinking the boys would pick a few apples and then be over it but that was not the case, we came home with 3 bags full! Of course, half of them had some flaws and were bruised so what do you do??? You make apple pie filling, apple butter, and  applesauce.

The worse part of apples is peeling them, after that it’s so much easier. I started with my apple pie filling (which is a secret family recipe ) then applesauce and apple butter. Now some may say I cheat a little but that’s ok, it still tastes yummy!!

The applesauce is done in my crockpot, you throw all the ingredients in and let it cook all day. When it is done you can blend, using an immersion blender, or in my case I use a potato masher.

The apple butter was very similar to the applesauce except that I did it in my instant pot for 15 minutes and let it naturally release. I then placed them in a water bath for about 20 minutes.

After it was all said and done, I made 6 and a half quarts apple pie filling, 4 pints applesauce, and 7 jelly jars of apple butter. I have to say it is all so yummy, even my kids like it!

Acts of the Apostles "New Year, New You!"