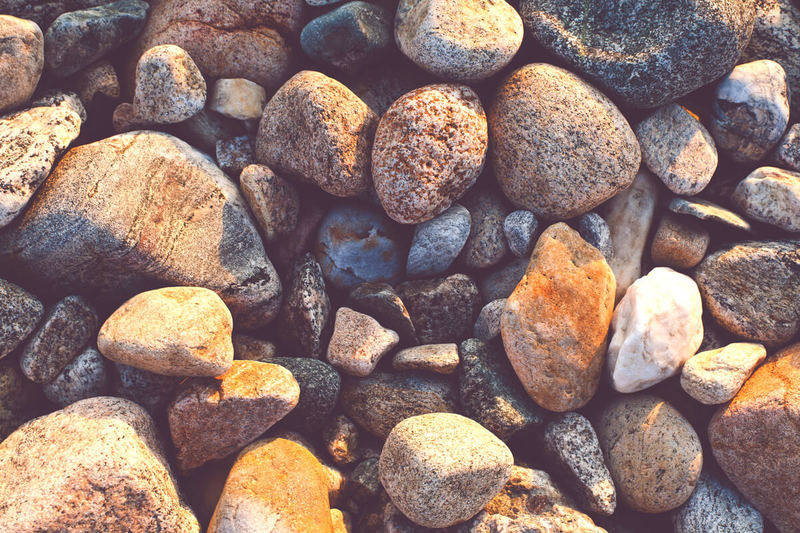 One of the first questions that comes up when getting to know someone is the inevitable: What do you do for a living? If you’re lucky enough to sit near someone on an airplane who wants to talk, this is nearly always a topic of conversation. Depending on what you do or don’t do, it can be an awkward question. When I tell people I’m a pastor, typically one of two things happens. Either the person starts talking religion—telling me about how they don’t go to church anymore even though they believe, how women shouldn’t be preachers, or telling me how religion (specifically my religion) is awful, corrupt, or somehow delusional—OR they stop talking, altogether. Because talking about faith can be hard. And our society is already incredibly divided. No need to add to the fire.

And yet, have you been in a situation where you can’t help but talk about your faith? Have you ever just nearly exploded with the good news? It seems that’s what the disciples and the crowds are all about today as Jesus begins his descent into Jerusalem.

Imagine yourself in their place. For some, it might be all too easy to do. You believe in a promise of a mighty nation, and yet, your people have been pressed down for so long, hope has nearly run dry. You live under the thumb of an empire that believes that their leader is God’s representative to the people. That leader, Caesar, IS the son of god, according to Caesar. And Caesar, as benevolent overlord, gives his goodness to the people under him. Who then bestow a portion of that to those beneath them—keeping more than they need for themselves. That person then offers a portion of that goodness to those below them…on and on until you (at the bottom) get what little is left—of food, of provision, of societal support.

In return, you are obligated to be grateful. Ingrates are traitors. (We learned about this in our Gratitude class.) This idea of gratitude as obligation is more about quid pro quo than grace. Anyway, in your ‘gratitude,’ you must pay taxes. A lot of taxes. Because the person above you will take their share—and perhaps a bit more—before passing it up the ladder. And there’d better be enough for everyone on the way up with some left for Caesar. So the ones who are most damaged by this trickle-down system are the ones at the bottom. They get little but must give much. Sounds vaguely familiar.

But, let us also not forget that those at the bottom far outnumber those at the top. If they were to ever organize themselves—kind of like a union—they would be a very powerful force to be reckoned with. And so, as one of these people, you see an organizer coming into view, and you’ve just finally and completely had enough of the system. Not to mention, this organizer has been identified as God’s own anointed Messiah. There’s no way you can lose! Get on that bandwagon and start the procession!

But the Pharisees aren’t convinced. They know the power of the Roman army, and they know that, ultimately, this could end very badly for everyone under the empire’s rule. They tell Jesus to quiet the people. Pontius Pilate is likely entering the city from the opposite gate, surrounded by wealthy supporters and a huge army in preparation for Passover. Because his time of year always brings about a few rabble-rousers, and they are prepared to squelch any uprising before it even gets started. The Pharisees are frightened for their lives, as well as the lives of their people.

But Jesus points out that what has begun cannot be stopped. If the people are silent, the stones will shout out. The truth of the glory of God cannot be silenced. Even if Jesus, himself, is silenced—which will be attempted later this week—the Word has been spoken, and a new thing has already begun. And nothing can get in its way.

The Stone that the builder rejected has been placed as the cornerstone. The foundation has been built. And the Holy Spirit is at this very moment calling forth living stones, a holy priesthood being built into a spiritual house—the Body of Christ is on the move. The journey into Jerusalem has begun. What has been spoken cannot be retrieved. Even as the large stones of the Temple come toppling down years later, there is no stopping the movement of God’s grace.

This is the kind of grace that doesn’t obligate us to gratitude. It is not given with an expectation or a debt. The provision of God is given freely. The love of God is given generously. And we are compelled from the bottom of our hearts to share it. To offer it to others. And the beauty of God’s grace is that it doesn’t run out. Instead, the more we give, the more there is. It’s not like grabbing a piece of the pie before someone else gets it.

It’s so opposite from the way our world works that on the one hand, it’s nearly impossible to wrap our minds around, and on the other hand, we can’t help talking about it. “Can you believe it?” we say. “No matter how much I give of myself, when I do it with God’s grace, I seem to have even more than before. In the promise of God’s love, I can’t ever seem to run out of resources. God is so good!”

I read about Matthew Wegener in the paper this week. He’s the Lincoln man whose family had hosted a Ukrainian student from UNL. When the war broke out, he made his way to Europe and arranged to meet the student’s mom and help her find a way out. Yes, he had the monetary resources to do so. But more importantly, he had the courage. And she had the courage and faith to make her way to him…through bad weather and checkpoints and a scarcity of gas. She believed he’d be there waiting. And he was.

Or just take a look at the refugee ‘house’ that we have in the Atrium on your way out. In one week, more than half the items needed to establish a home for an unknown refugee family have been provided or promised. When we give freely, we have so much more than we thought!

And that’s what makes Jesus’ ride toward Jerusalem so dangerous. Because he promises a way of life that isn’t dependent upon obligation, or armies, or war, or taxes, or social classes or billionaires, or PAC’s, or political funds. He promises a future that, in his mother’s words, will bring down the powerful and lift up the lowly, that will feed the hungry and leave out those who are well-fed, that will scatter the proud and those who build their wealth upon the backs of the needy.

That’s a pretty big reversal, and it’s awfully scary for those of us who have benefited from unscrupulous politics and national fervor. What Jesus is enacting is a coup. No wonder the people rise to meet him. And if they are silenced, creation will rise in their place, calling forth justice and redemption for the polluted waters and smoggy air and destroyed climate. The world and its inhabitants are ripe for change, and this is exactly what a ride into Jerusalem promises.

Except that, as you know, that ride will eventually end in death. And the powers will believe that they did their duty and silenced the protest and kept the peace. They have no idea that the final cry of the stones will be the rumble of the stone that seals an empty tomb. And the uprising will be bigger than nation against nation. It is an uprising within the hearts of all who proclaim Jesus as Lord. And the change in leadership will be the transformation of our allegiance—from mere humans to a God of immense and unending love. While we may, indeed, cry out “Crucify him!” on Friday, when God’s promise demands more than we are willing to offer, we also will cry out “Alleluia!” when the risen Christ brings forth the new heaven and new earth in our midst.

"The Last Supper; The First Feast"

"Even the Stones Will Cry Out"

"Death is a Sensory Experience"