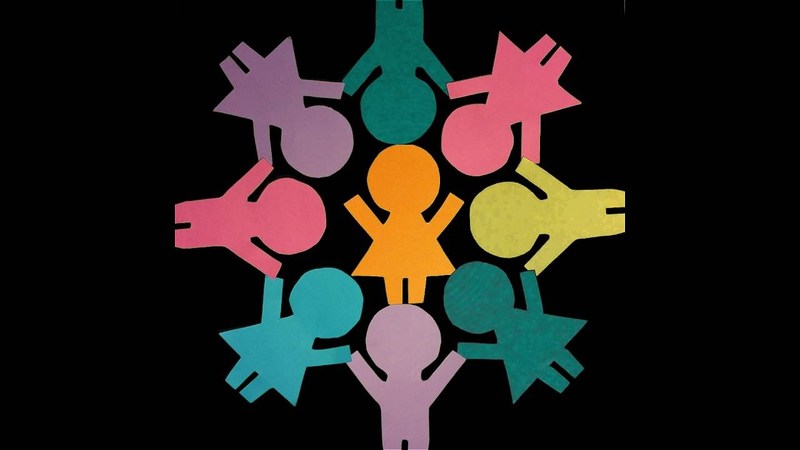 Are you a Christian? These days, it’s not as simple as saying ‘yes’ or ‘no.’ When faced with that question, my follow-up question—at least internally—is, “What do YOU mean by Christian?” Because people have a variety of ideas of what it means to be a Christian, and a lot of those don’t apply to my faith. And so, like many others, I begin defining my faith by what I am not.

I wonder if that’s the challenge Jesus faced when the Jews gathered at the temple asked him, “Are you the Messiah?” He could have begun a long and drawn-out discussion of the kind of Messiah he IS compared to the kind of Messiah they want. But he doesn’t. “Tell us plainly, Jesus. Are you the Messiah?” And his answer: “I have told you. You didn’t like it.”

But has he? Did he ever once say, “I am the Messiah, the one which you have been waiting for, the king from the line of David that has come to liberate you from oppression and make of you a great nation?” Nope. So, what DID he tell people?

John the Baptist told his disciples that Jesus was the ‘Lamb of God, come to take away the sins of the world.’ Jesus told Nicodemus about God’s Son who was sent as God’s love for the world. He told the Samaritan woman at the well that he was the Messiah—but Samaritans generally don’t talk to Jews, so I doubt word got around that way.

No, Jesus did signs. He turned water into wine in Cana. He spoke soul-healing words to the woman in Samaria. He turned the tables on those who condemned a woman caught in adultery. He fed over five thousand people with a bit of bread and fish. He healed the son of a Roman official. He healed a paralyzed man…on the Sabbath! He confronted corrupt officials who were jacking up the price of sacrificial animals in the temple. He gave sight to a man born blind. And he frequently called himself ‘Son of Man’ and called God ‘Father.’

So, people were obviously confused. They argued with each other. Is this the Messiah? Or is he possessed by demons? They even tried at least once to kill him because, if he WAS the Messiah, he was messing with their system of faith by not being what they expected or wanted from a Messiah. He really got to them when he said, “before Abraham was, I am.”

Is he the Messiah? Depends on how you define the Messiah. When they asked him, instead of answering directly, he simply said, “I have told you, and you didn’t believe.” Did he tell them? Not in so many words, but yes, he did. The blind can see, the dead are raised, the lame can walk, and justice is proclaimed. But instead of believing in him, they suspected him of evil. He wasn’t ‘saying’ the right things; he wasn’t wielding a sword and condemning Rome; he wasn’t amassing an army that would overthrow all who would dare to oppress the Jewish nation. How could he be the Messiah?

Instead, he says that they don’t believe because they don’t belong to him. Ouch. Those who belong recognize him for who he is…not who they want him to be. Those who belong continue to be created more and more in his image rather than those who try to create the Messiah in their own image—an image of vengeance and victory, an image of power and might, an image that destroys all who challenge their narrow view of righteousness. But that’s just not who Jesus is. That’s not who the Messiah is, no matter how much we might want it.

So, how is it that one comes to belong to the Messiah? How do we recognize his voice above the clamor of other voices that seek our attention? What do we have to do to get into the inner circle? Nothing. We don’t have to do anything. That’s the first thing that we tend to miss in our search for God’s grace. It’s the first way in which we try to remake God in our own image. In our world—in our culture—nothing is free. You can’t get something for nothing.

But there is nothing we must do to belong to God’s kin-dom. Instead, as we struggle to do more and compare ourselves to others, the further from God’s heart we travel. Perhaps it’s time to just stop. Stop and breathe. And listen. Ask yourself, “Where is God’s love being shown and practiced?” “What does God’s love look like?” Listen to the wisdom of scripture. God’s love is shown to those who were otherwise outcast from the usual: those who were ill—with leprosy, blindness, paralyzed, even dead; those who weren’t Jewish—a Roman centurion, a Samaritan; those who couldn’t do anything to earn or deserve such lavish love.

And God’s love is also given to those who have always been on the inside—Jewish leaders, healthy men who were privileged to enter the temple proper while all others were forced to remain outside because of who or what they were. But they took that for granted. And when Jesus extended love to the outsiders, those on the inside rose up, saying, “What about us?”

What about us? It’s a phrase I read a couple of times on response cards about our proposed welcome statement. We sent them to our current voting members of the congregation in order to establish an idea of where our congregation is at regarding the conversation of welcome. Let me read the current proposed statement for you now:

Welcome to Our Saviour's Lutheran Church where we "walk with Christ and neighbor, healing brokenness together."  We believe that Walking with Christ is achieved by walking with all of God’s children. Jesus erases any boundaries that divide us on our journey.  In order to bring love and justice to God’s beloved people, we commit to the work of racial equity, physical accessibility, gender equality, prison reform, healthcare accessibility, and economic and ecological advocacy.   We welcome all because Jesus welcomes all.

If you believe, doubt, or seek:  You are welcome here.

If you live with addiction and mental illnesses: You are welcome here.

If you are currently or formerly incarcerated:  You are welcome here.

If you are a member of the LGBTQIA+ community or someone who still wonders who God created you to be:  You are welcome here.

If you have been unwelcomed in other communities: You are welcome here.

We strive to journey forward in love.  With YOU here, we are becoming the people God calls us to be.

But what about us—the white, heterosexuals who have always belonged here? Do we still belong? Let me ask: Have you ever felt or been excluded from this or any congregation because you are white and heterosexual? And let me ask further: Do you really not see yourself in at least part of the statement—those who believe, doubt, or seek; no matter your color, ethnicity, or culture, and so on? Have you ever been told that God has no place for you, no love for you, no grace for you because of who you are or what you’ve done?

I recognize God’s work inside all of you, molding you and helping you grow deeper into God’s loving embrace. The only way to recognize the voice of Jesus is to hear it over and over again, speaking into your life the words of grace and welcome and love. To see God working in your life, again and again, offering comfort and welcome through those around you. And eventually, to see God working THROUGH you as you welcome and comfort others, helping them know that they, too, belong to the Good Shepherd.