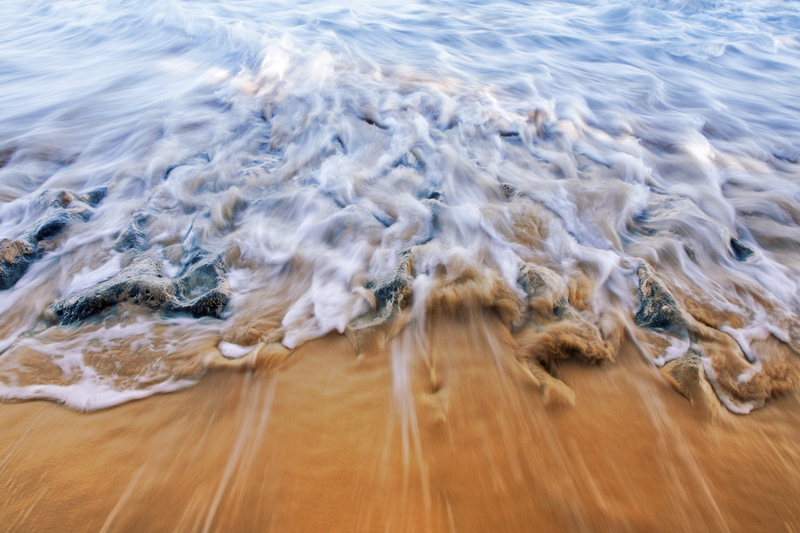 The early church had a problem to solve. For centuries, they struggled to identify themselves over against the other cultures and faiths around them. It was hard enough as they arrived in the Promised Land, establishing not only their faith practices but their nation. It got much more difficult as their nation was pulled apart—through civil war, exile, and oppression. Through loss of their temple and loss of their land. Who were they if they didn’t have this? Their identity as God’s chosen people, a light to the world, set apart from all the others was all they had left.

Set apart. Different. One marker of that difference was circumcision—a physical distinction that identified them. But after the Messiah came among them, the waters got a lot muddier. The book of Acts tells of their struggle to find their identity in the midst of a new landscape—an expanded faith.

It tells of Philip encountering a man along the road, returning to Ethiopia after worshiping at the temple—though, he couldn’t worship in the temple, proper. He was a eunuch. His physical body was defiled without the possibility of return. (This means, folks, that he was neutered, in case you weren’t sure—his testacies removed for the safety of the queen to whom he was in service.) And yet, as Philip explained to him how Jesus fulfilled the prophet Isaiah’s words of hope, the Ethiopian turned and asked him, “So, then what can stand in the way of my baptism?”

What can stand in the way of him being fully recognized as a complete human being, a disciple in God’s holy temple? Philip had to do some quick thinking—theology on the fly, as it were. And he baptized the man right there along the roadside where there was a bit of standing water.

Not long after, Saul—the great persecutor of Christians—was met by Jesus along the way to Damascus, where he had hoped to gather more of those faithless and wayward Jews to bring to court. After being struck blind, God sent a Christian man in Damascus to go to Saul and heal him. Again, theology on the fly. Faith in practice. Former identity being questioned in order to make room for something even bigger.

And today, as Peter tells the other Jews around him of his experience, he makes it clear that he didn’t enter into things lightly. He was faced with a choice: he could obey God’s word recorded for the Hebrew people from the time of the Babylonian Exile, a time when the Jewish identity was most at risk; OR he could obey God’s new command of welcome and grace.

You see, the laws written and collected in the Hebrew Bible reflected a way of life that set the Hebrews apart from the rest of the world. One God versus many gods. Foods that were considered clean—and those that were unclean. Practices of washing and praying and giving and worshiping that had specific purposes at specific times. And a very dim view of fraternizing with the outside world. The most faithful Jews didn’t talk to Gentiles…they didn’t share meals with Samaritans…they didn’t enter the cities of outsiders. They stuck to themselves in order to maintain their purity.

And Peter was a faithful Jew. Even as God brought him unclean animals to eat in his vision, he continued to push back. He had never eaten unclean food, per God’s instructions, and he wouldn’t start now. But God had a different plan. God told him 3 times (numbers are important) to eat. Peter denied the invitation 3 times. And God said 3 times that what God has called clean (good, acceptable), no one has the right to profane. No one has the right to deny. No one has the right to exclude.

God doesn’t say the written laws were wrong. God goes back to the beginning—when God created everything and called it all good. God has lifted the restrictions that identify the faithful based on purity and extended grace to everyone. Everyone. But I imagine this was a challenge for Philip as he baptized the man from Ethiopia. And it challenged Ananias who was sent to heal this murderous Paul. And it clearly challenged Peter who was then sent into the home of a Gentile, who baptized the whole household of people, who sat at the table with them and ate. It challenges us. If we can’t stand on our faith, what is left?

The gospel passage today reminded me of a song by Caedmon’s Call—“Shifting Sand.”

Sometimes I believe all the lies

So I can do the things I despise

And everyday I am swayed

By whatever is on my mind

I hear it all depends on my faith

The only problem I have with the mysteries

Is they’re so mysterious

If I could just get a bit more

More than my fifteen minutes of faith

Then I’d be secure

Changed by every wave

So I stand on grace.

Today’s gospel reading comes at the end of Jesus’ sermon on the plain. Prior to this part, he had told the crowd that the kingdom of God belongs to those for whom nothing else has ever belonged—the poor, the hungry, the weeping, and the hated. He told them they were to love their enemies and to pray for those who mistreat them. He said that they were to treat others the way they would want to be treated. He told them to show mercy. Live mercy.

He challenged them not to judge because they would be judged by the same standards. He said that one who does not see—who does not understand grace—has no business teaching others and spreading their ignorance. He urged them to bear good fruit from a good heart. And he said that those who do not listen and practice these teachings are like those who build their houses of faith on shifting sand—sand that changes with every wave. Because our faith waxes and wanes like the tide. Our understanding is like one who looks into a mirror and only sees dimly, as through a fog, what God is up to.

Instead, we are to build our houses of faith on the rock of grace. Grace is not demanding but inviting. Grace is not judgmental but forgiving. Grace is not hurtful but merciful. And because of that, grace feels precarious. Because we can’t rely on our own strength or merit any longer. God’s grace opens wide the doors of faith, and it leaves us feeling vulnerable. It’s a paradox—that building faith upon our rules and understandings feels solid but is quite unstable; and that building faith upon God’s grace feels vulnerable but is the only lasting foundation that can survive the storms of our fragile identities.

Changed by every wave.

So I stand on grace.